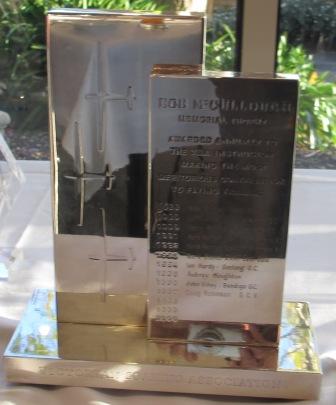 FOR SERVICES TO INSTRUCTING

The Bob McCullough Trophy is awarded for services to instructing within the VSA. Nominations are welcome at any time, addressed to the VSA Secretary and should include supporting details of the nominee’s contribution to instructing.

Bob McCullough was the CFI of the VMFG club until he was killed in a gliding accident while attempting a 1,000 km flight out of Tocumwal in early 1988. Bob was a very popular individual and a CFI who epitomised the very best in instructing; extremely competent and dedicated. As an Irishman his other interest was playing Irish bagpipes where he was an authority on this music.

This trophy was created in memory of Bob and intended to recognise the essential and valuable role which gliding Instructors perform within our sport.