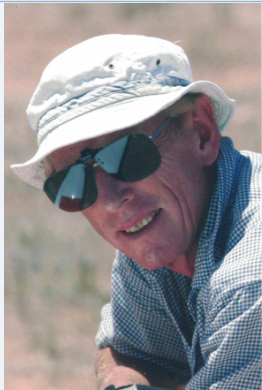 This trophy was created in memory of Geoff Vincent, Grampians Soaring Club who died on 4th January 2016 after a lengthy illness at the age of 75 years.

Geoff was a competition pilot and coach who enjoyed the challenges of high altitude flying, particularly in the wave conditions around the Grampian Mountains in Victoria. Over the years Geoff developed a thorough understanding of the meteorology conducive to the formation of wave and became adept at predicting it. He flew the wave at every opportunity and was always vying and eventually won the annual GFA Martin Warner trophy for greatest gain of height.

Geoff generously shared his knowledge and enthusiasm for altitude flying with many others and regularly provided training, support and safety briefings to VSA pilots visiting the Grampians Club in their search for wave.

To recognise Geoff’s commitment to altitude flying this trophy is awarded by the VSA to a pilot who demonstrates enthusiasm and persistence in achieving an altitude flight ( or flights ) which is of great merit in regard to the pilot’s experience.